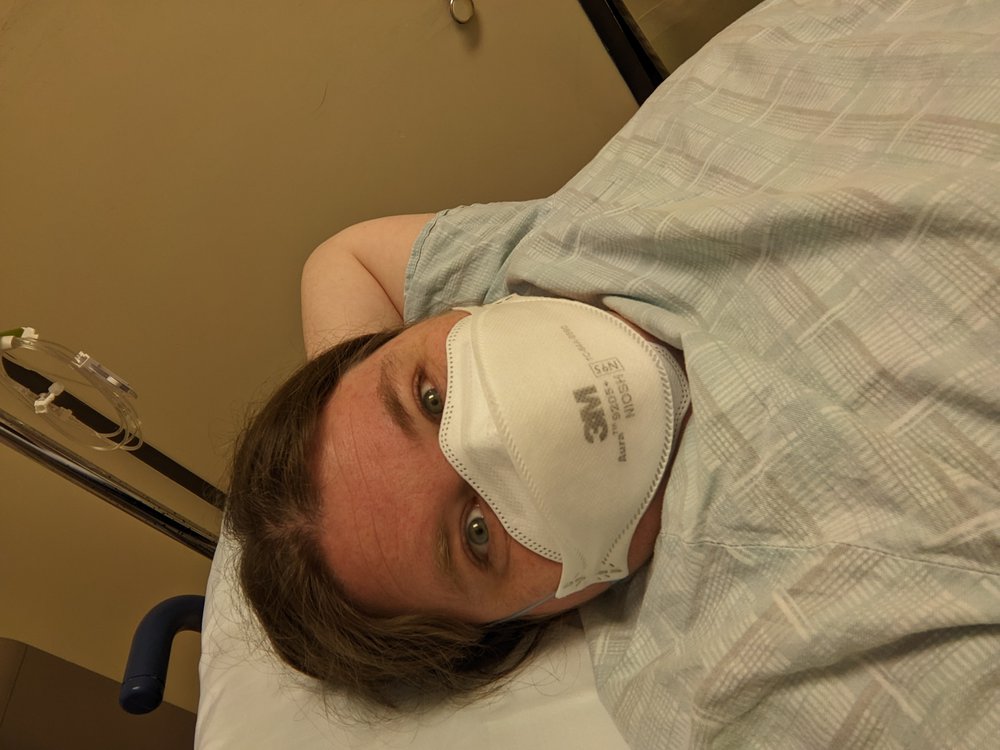 Hi. I recently experienced a major healthcare barrier for fat people: BMI limits for outpatient anesthesia. I was told I was too big for outpatient procedures. Turns out that was bullshit. Here's how I fought back and won.

A little background info first. For most of last year, I suffered from persistent burning pain between my shoulders. Around Thanksgiving that pain shifted from my back to underneath my right ribs and I started noticing my stomach felt distended after meals.

It didn't really set off any alarm bells for me because unfortunately burny nerve pain is something I live with already. Also, see Thanksgiving: a holiday in which gut pain is a feature, not a bug.

About a week later, I was having excruciating pain in what doctors call the upper right quadrant. For folks who don't know medspeak, here's a picture to show you where that is. 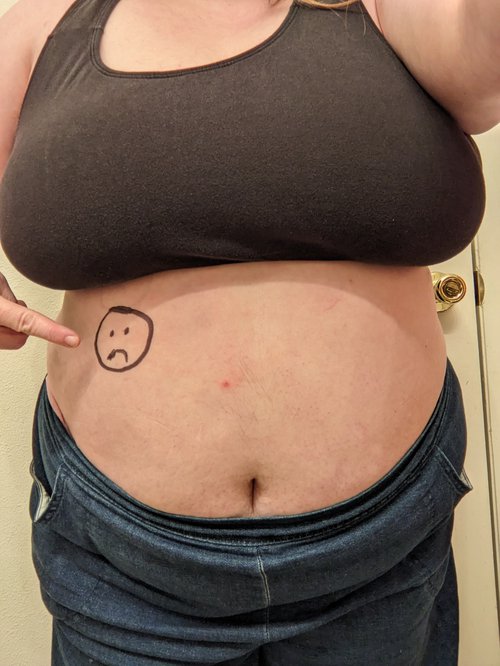 I was on the verge of going to the emergency room. But this is America. The ER involves punishing amounts of debt. I got lucky and got in to see my nurse practitioner instead. She ordered an ultrasound and came up with a plan to get me through the weekend.

The ultrasound offered no easy answers, so I started calling gastro specialists. FYI, December is the WORST time of year to have an urgent health problem. There were no appts until the new year. But I got lucky again. An appointment opened up and I jumped on it.

My new doctor ordered tests, including an upper endoscopy to check my stomach and duodenum for ulcers. This endoscopy requires anesthesia. My doctor gently told me that because of my BMI I would have receive my endoscopy at the hospital instead of an outpatient center.

One thing I've discovered from this experience is that when you're experiencing brain-melting levels of pain, the only thing you care about is getting out of pain. So I didn't push back or question him. I just got on the schedule for the first week of January and went home.

I endured the pain with rest and switching to an ultra-bland zero-fat diet. About a week before my endoscopy, I called the hospital to get an estimate. I figured that would be enough time to find out how much the procedure would cost. Haha, silly me!

Over five days, I endured a bureaucracy doom loop that would make Satan proud. Turns out everyone who works at this particular hospital is an independent contractor, so I had to call all of the separate billing departments for each group to get an estimate.

I cobbled together the facility fee and the anesthesia cost, but nobody on planet Earth could tell me what the doctor's fee or procedure fee were. Even though this procedure is a shoppable service that hospitals are REQUIRED BY LAW to share prices for.

I called every number I got my hands on. In one call, I was accidentally sent to one of the outpatient centers for an estimate. During that call, I discovered a piece of information that made me furious.

Their BMI cutoff was 50. My BMI when my doctor first saw me was 48. And that was before I lost 15 lbs from the absurdly bland, zero-fat diet I was surviving on.

I. Was. Pissed. Magnificently and monumentally pissed. Like volcanoes-got-nothing-on-me pissed. 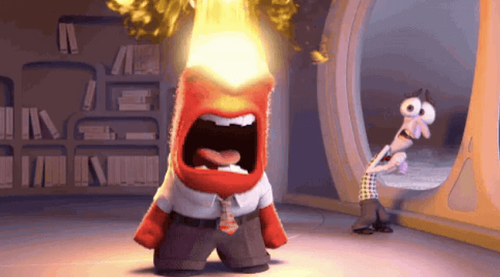 Because outpatient centers cost a FRACTION of what hospitals charge. The hospital facility fee alone was going to set me back $1,400 after insurance. The same fee for the outpatient center was $40. FORTY BUCKS!!!

Now let's set the economic rage aside for a moment and look at why there are BMI cutoffs for anesthesia. Because weight is definitely a legit part of evaluating anesthesia safety.

(Please note that even though I'm fluent in medspeak, I'm a trained researcher not a medical professional. All this information comes purely from me being as curious as a cat staring at a yarn basket.)

Larger people often have more flesh and fat around their throats and face, which means you need equipment that is rated for a larger person. Without the right equipment, putting a larger person under would be unsafe.

So there is a safety reason for considering weight. However, weight is not the ONLY safety factor that needs to be considered.

Other things include whether you've had any injuries to your head or neck, the current state of your teeth, and whether your airway has any abnormalities or odd structures that the anesthetist needs to work around.

They also look at whether you have a history of cardiac problems or sleep apnea. And if you have sleep apnea (like I do), they want to know if you're treating that sleep apnea with a CPAP machine.

There is, unfortunately, not a lot of research looking into how BMI affects endoscopy procedures like upper endoscopy and colonoscopy. The authors of this review from 2016 state: "While anecdotally obese patients are believed to be at higher risk for procedural sedation, this perception is not extensively backed up by the medical literature."

More researchers have looked into the effects of BMI on anesthesia for surgical procedures, which typically involve you staying under anesthesia longer than an endoscopy. Yet results from those studies seem to be mixed.

So what I ran into is that medical folks tend to cover their asses by using weight as a quick and dirty way to decide if a person is eligible for outpatient anesthesia or not. My doctor most likely made the recommendation he did because that is what he was trained to do.

What happened next for me was I got in touch with the practice manager and shared my concerns. They set me up with a consult with the lead anesthetist at the outpatient facility.

We had a video call in which the anesthetist asked me some questions, checked my teeth and had me shove my camera phone against my mouth so they could look at my airway. In ten minutes, I was pronounced eligible for outpatient anesthesia.

It turns out that these anesthesia consults are a pretty common for anyone with a BMI of 40 or above. I didn't know I could ask for one because no one told me that was an option.

So if your BMI is 50 or lower and someone is trying to tell you that you aren't eligible for an outpatient procedure, ask them why. If their reason is BMI, ask for an anesthesia consult.

Not all doctors are anesthesiologists. (And not all anesthesiology experts are doctors.) Doctors don't know everything there is to know about anesthesia safety. An anesthetist can probably make a better decision about whether the facility is equipped to support you.

If the anesthetist is nervous about putting you under, then it's time to give up and pay the fat tax. You won't be alone. You'll be in good company with roughly 20% of the US population.

I fired the hospital and rescheduled my procedure with the outpatient facility. Everything went fine. I responded well to the anesthesia and there were no complications.

The endoscopy was clean. They didn't find a big ol' tumor or an ulcer you can drive a Hotwheels car through, so my doctor thinks my gallbladder has gone rogue. I'll be seeing a surgeon soon about evicting it.

What makes me sad about this experience is this is just one more way our healthcare system fails fat people. If the hospital had not been so incompetent about getting me an estimate, I would have probably paid 5X more for the same procedure without even questioning it.

I wish I didn't have to fight so hard to get the same level of care that folks with smaller bodies take for granted. I wish someone had just given me the option to have that consult up front instead of making assumptions.

I wish I could just be sick. I wish I could focus my limited energy on self-care instead defending myself against a healthcare system designed to generate profit instead of healing.

But people in fat bodies never have that luxury. We always have to be on guard. And that's just as exhausting as it sounds.